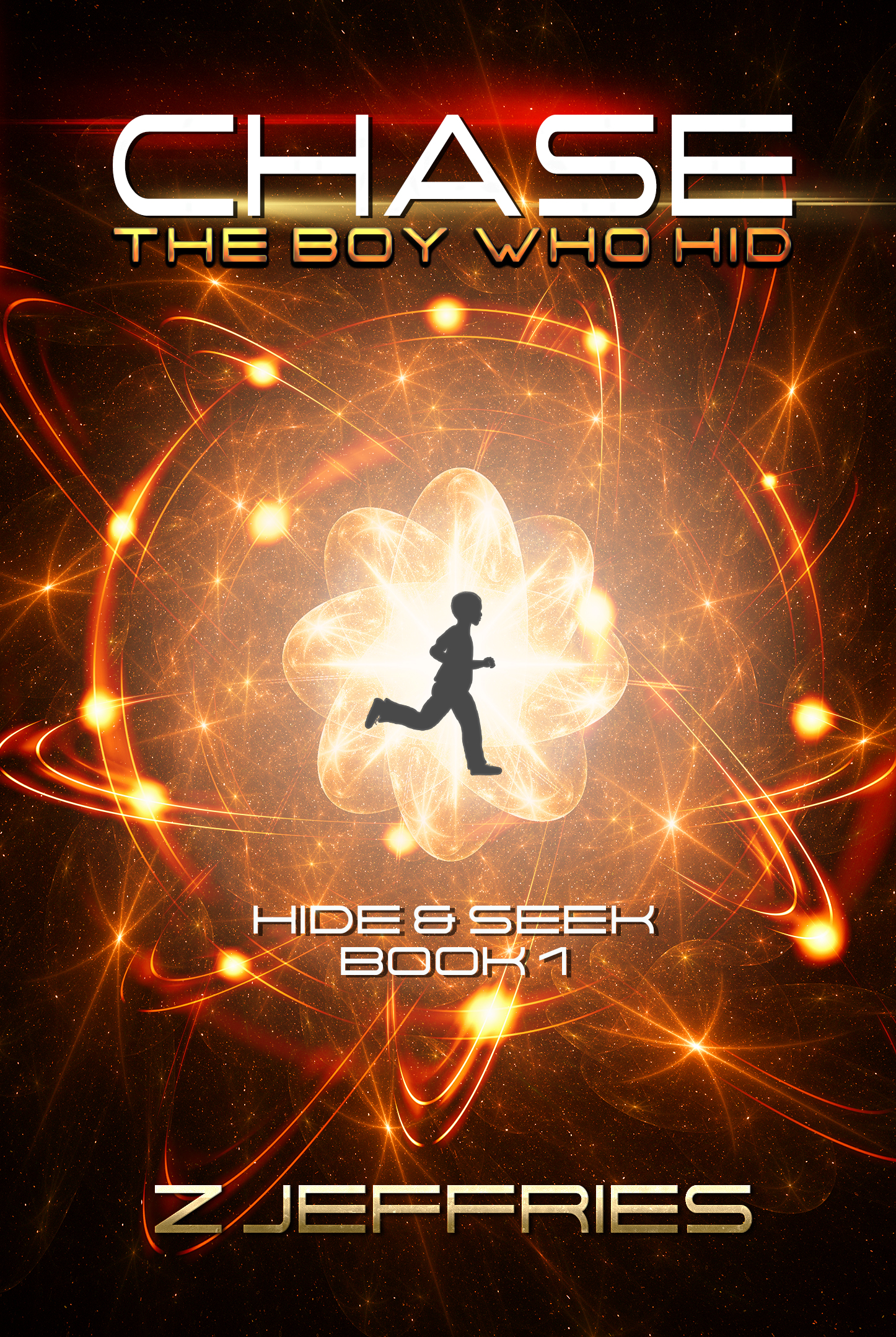 Disclaimer, I don’t normally review YA books, but this one caught my imagination.

A new and potentially deadly twist on the game of hide and seek!

Chase has just lost his grandfather. Everyone else thinks he is dead, but Chase believes differently. Misunderstood by his mother and mistreated by his father, his life pretty much sucks. The only think that keeps him going is his love of inventions and the hope that he will one day find out what happened to his beloved grandfather.

When a crate arrives on the front lawn seemingly by accident, little does Chase realise that its top-secret contents will change his life.

The opening of this novel grabs you, it’s both moving and intriguing in equal parts. Straight away there is enough pathos, without being mawkish, that Chase is clearly defined as a very human teenager. His curiosity gets the better of him, in a very teenager like way, and he doesn’t question what he is getting into, only what he is getting out of, in the hopes that he will find out what has happened to his grandfather, just like a teenager.

The action is there almost from the first page, really grabbing the attention with Chase’s first encounter with the throne.

Once into the main story, the characters come out of the woodwork, each bringing their own motives, their own relationship with his grandfather and their own foibles. I enjoyed the growth of Chase as a character through his interaction with the hide and seek team, but I found the multiple nicknames for each character a little confusing at one point, leading to a loss of focus on the story while I sorted out who was speaking to who.

After the game started however, there were no problems, with everyone into their roles performing as they should, the game was fast paced and read well.

Overall, a great sense of pacing, action and quiet moments intertwined. There were a few places where I felt the descriptions were a little vague, particularly when they get to their main practice hangar, which was so complex that it lacked only for a more detailed description but the action more than made up for that. The characters were well defined without exhausting their back story, and I was left wanting to know more about each of them.

The ending was unexpected and as a result a nice surprise, and clearly indicates that this is the first book in a series, one that I hope to read the rest of!

This one gets a truly solid 4.5 out of 5 for a Young Adult Novel!