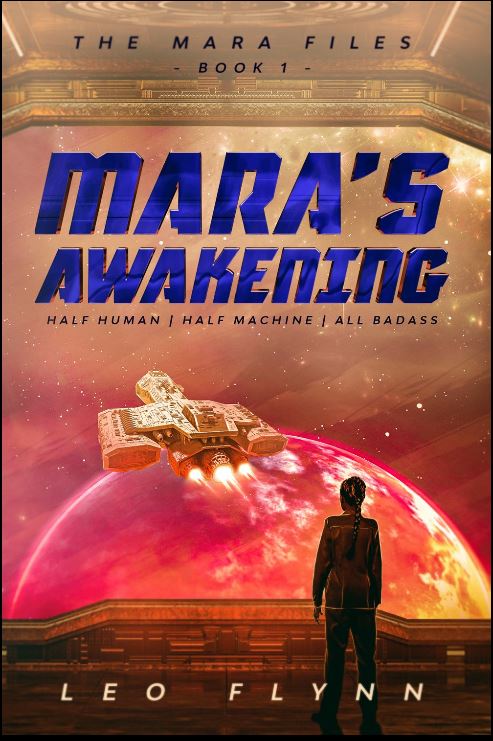 This book starts with a literal awakening as well as the figurative… The old waking from a dream trope isn’t used so often in Science Fiction as it is elsewhere, but what a dream to be waking from…, and why is she in prison?

A short story is an interesting choice of vehicle for a first book in a space opera, but it works. We are introduced to Mara, and quickly deduce her situation to be worse than uncomfortable, and the supporting characters are just shifty enough to want to question their motives.

Mara is an old soldier, someone of tremendous character, which comes through despite this being a short story. There appears to be a hint of immense inner strength that seems to be failing her, a betrayal that seems to go in more than one direction, and that has cut her to the core. It’s nice to see a strong female lead in this type of role, with recognizable human flaws.

Half human, half machine, once free of the shackles that prevent her fully utilizing her physical strength, her escape seems assured, but this wouldn’t be space opera without a twist and some emotional entanglement. This short has it all, and its amazing that so much is packed in there. The one drawback is that the end comes too soon.

This one gets a 4 out of 5, the world building is there, there is a political hierarchy introduced that looks interesting, but it’s a little hard to see as there is so much action. I expect great things from Book 2!