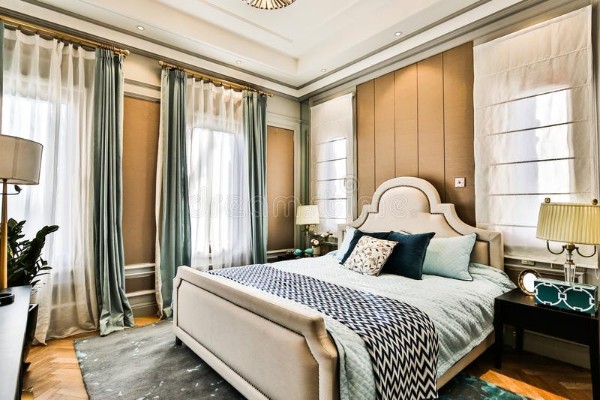 The narrator of this tale gets an unexpected opportunity for revenge when he smells pizza.

(Just so you know … the pizza was a prompt that had to be included in the story!)

You might accuse me of collusion. After all, I get to stay in this luxurious room.  Except I don’t exactly benefit.

I wait. Again. Another day passes. The door opens and happy voices echo into the room. Again.

Something is different today; I smell pizza. Man, that brings back thoughts of hot ovens, the smell of burnt cheese, and fleeting images of auburn hair. Brown eyes with a hint of a smile. White powder on a cheek dimple. I shake myself. Time to get to work. Raise a little rumpus. Toothpaste ‘hi’ on the mirror, a lipstick heart on the door.

Except I can’t. Something isn’t right this time. Confusion clouds my mind. There is that smell of pizza again.

I’m a master at what I do; after all, I’ve been doing it for 20 years. The bride and groom usually think it’s a hoot. They stumble about half drunk. Don’t recognize what they see.  The odd time they’re sober, or disturbed, the manager smooths things over.

“Probably just your best man, bridesmaids, in-laws, I bet they wrote on your car in shaving foam too?” He pats the groom’s shoulder, lays a hand on the bride’s arm. Always reassuring.

“We can move you to another suite until the cleaner has been.” Normally they just smile and comply meekly. They might even tweet the experience as a highlight and the hotel manager pockets a room premium.

I died in this room. On my honeymoon. I don’t know who did it. Don’t really care anymore. My only purpose now is to try and get someone to notice me. Besides that self-serving manager.

“Come on, nothing to be afraid of!”

Uh huh. Another ‘special’ tour of the honeymoon suite. He is carrying a box, pizza, I wasn’t imagining it. Thank goodness. Being dead is one thing. Being dead and insane is another.

“The honeymoon suite?” A woman.

I know that voice, coy, compelling, a hint of promise. If I had blood it would be ice cold and boiling hot at the same time. The smell of pizza is unbearable.

Then she enters. Time has been kind. I can’t breathe anymore, more is the pity. It would have been a real sharp intake. She is still beautiful.

He inclines his head towards the satin sheets. Insult, injustice, here of all places! A burning sensation swells and swirls inside me, like a firework let off in a barrel, barely contained.

She freezes. “What was that?”

I freeze too. Yes, I can move objects, and I even manifested once or twice in the past, but I never expressed a sound before. Excitement blossoming, I try to speak again, but nothing happens.

“What?” Oblivious to the sound, and yet always aware of my presence, if not sure of what it means, the manager shrugs his shoulders, and falls back into his old reassurances. “Probably just the wind.”

She shivers and shakes it off. “Funny.”

“Funny?” The manager looks anything but amused.

“I was supposed to honeymoon in this room.”

The surprise on the manager’s face tells me that he didn’t know that. Which means that he didn’t recognize her. Strange. It happened on his shift. He must have been too driven by his needs. He often brings his ‘specials’ here. I watch. It doesn’t bother me any more. Until today.

The anger rises again, that he would use her, of all people.

“Noooooooo!” I manage a whole word.

They both freeze this time. He glances warily at her, trying to work out what she is thinking.

Shoulders relaxed, tossing her hair, she seems serene. Puzzled, he moves again to reassure. “Just the wind…” He stops uncertainly at her raised hand.

He raises an eyebrow. “Pete?”

“Late husband?” The manager looks really nervous now. He knows I am here. Now he knows who I am. Now he is worried.

“He was murdered. They never did find out who did it.” She looks at him, her brown eyes glowing.

“They didn’t?” The manager sticks his finger in his collar.

“Is it hot in here?” He moves to the window, cracks it open.

“You know, he died on the eve of our honeymoon. Left me a very rich widow.  Let me buy into a business partnership. We own a few hotels.” She gestured to the room. “This one doesn’t do well on the profit side. We might need a change of manager.”

The gun is in her hand before I see her move.

To think that was how I had died. At his hand. That he was pocketing the proceeds of murder. To witness his perverse pleasures, time after time. My need is raw now. I feel strengthened. Yet, I don’t want revenge this way. I want her to live on.  She has to stop. Now. Justice should be served, but she must live. Thrive.

Now I realize that the anger is fueling me. And I am livid now. I manifest fully. The manager looks terrified.

Behind her, I see quick movement. The lamp comes down. She lies there, the smirk on her face forever frozen.

The manager thought he was doing himself a favor. The court ruled it a clear case of self-defense. But he won’t be making those room premiums any more. No one wants to hear ghostly bickering on their honeymoon!